Equal10 recently opened their April round and it’s definitely a good place to find some cool clothes and accessories for both men and women. Modulus has a new hair there that I was rather excited about getting my hands on as it is based off of a movie character that I am a huge fan of. There was definitely no way that I was going to let this one get away from my styling.

“Wick” is inspired from the character of John Wick (portrayed by Keanu Reeves in 3 different installments of which the 3rd has not been released). This is the first time that Chucky Hollak has tried his had at having a style which a completely parted middle and I think it’s fantastic when pairing it with a great hairbase. Of course I’m mostly a fan of black hair coloring but I can see myself trying out different tones with this hair.

Much like the last blog, my wardrobe consists of items already in my closet but the recent release collab between Tonktastic and Hermony is still really fresh. I experimented by wearing it without either version of the hood to see if it would work and to me I consider it a success and adds even more versatility to an already great article of clothing.

I also have to mention the new “James” skin by The Skinnery that my drinking buddy Mike is wearing. It’s a CATWA only applier and is intended for the Daniel head but he’s rolling with Victor and it still looks good to me. I think though that I’d be interested in seeing what it might look like without the beard (which is how the skin comes) but regardless it’s a good look.

By now it’s likely been noticed that I haven’t done much in the way of features in the last few posts but don’t worry, it’s not something I’m going to do away with because I feel like that is one of the things that combined with my thoughts on what I’m blogging gives this site it’s uniqueness. I have just not put together any scenes with items from sponsored stores or events but there will be more soon, I promise.

On that note, I’m going to turn this over to the credits so if anyone has some free time they can take a shopping break if there’s something here they like. Until the next time we meet I’ll catch you on the flip! 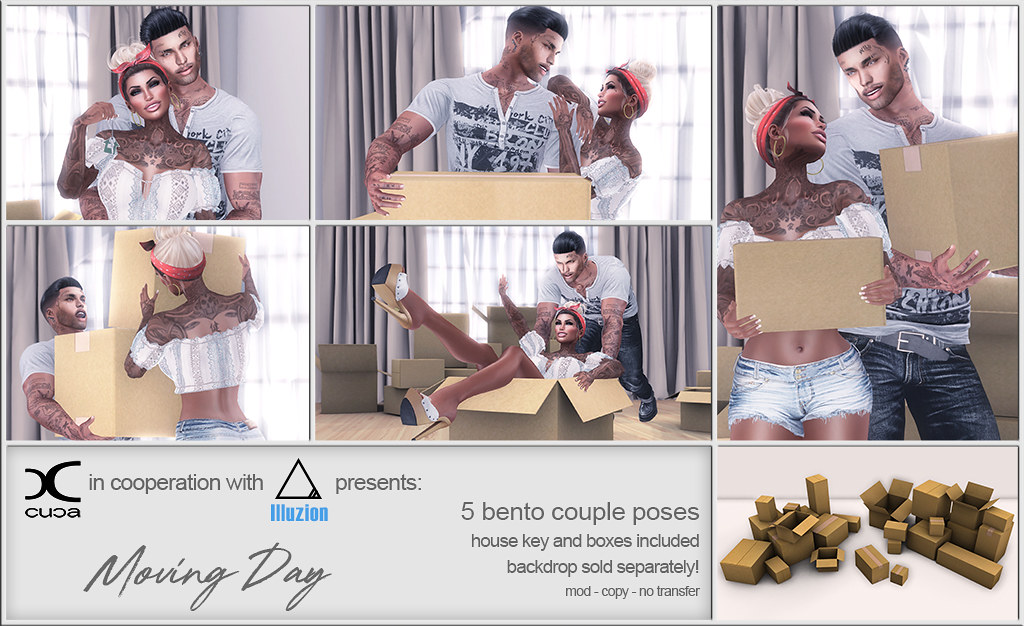 “Could Have Been Me” – The Struts ⊰Listen/View⊱