Deee-Lite, ♫Groove Is In The Heart♫ 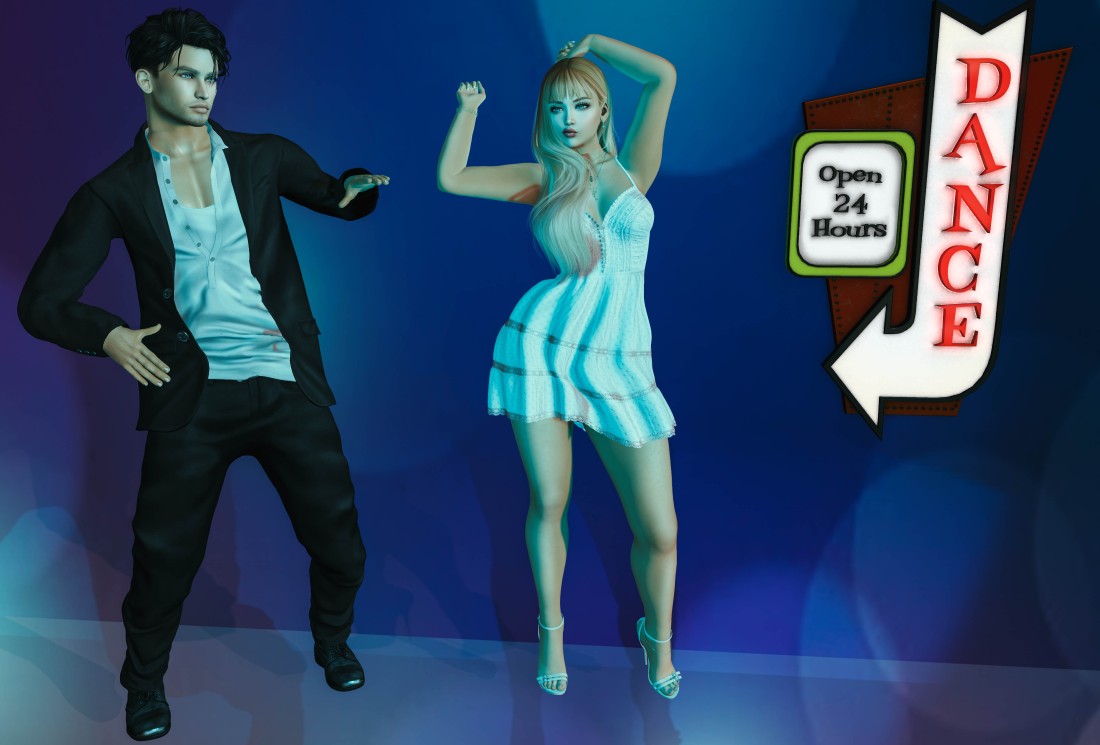 From time to time I do blog posts that are intended to be goofy for the purpose of trying to balance out some of the emotion. I have no real reason why I don’t do it more often but I should but it seems like some of the songs I hear that drive feelings tend to win out over the more amusing stuff. I’ve got two pose sets and a decor item to share in what I’m considering to be a fairly simple and bare bones entry.

Taking pictures where I’m the focus is mainly what this blog is about but of course from time to time I have Brenna join me or my brother Lucky will sit in for a photo (thought it’s been a while dude!). This time I decided to do something super different and have my sister, Xandria and her guy Taka get in front of the lens. It was really nice of them to take the time to pose for me even if Xandria photobombed me with an animesh clown (don’t think I wasn’t going to out you!). But all the jokes aside it was a fun time and the results of the session were satisfactory.

Image Essentials has two new pose sets available at Vintage Fair, “Boogie Nights” and “Get Down” (see a theme there?) Trying to find attire that would have accurately fit these poses would have been difficult as the event itself didn’t have much in the way of hippie chic or 70’s wear. There are clubs that have theme nights which most people don’t dress to match it so that’s the idea I went with for this.

Each of these pose sets have five poses (each one with a mirrored version) depicting various groovy dance moves. Cycling through these gave me a chuckle because I can just imagine the actual dances in my head from different movies with some kind of funky backing track. As far as vintage goes, these poses hit the mark.

The sign you can see in the scene is Silence’s “Retro Arrow Sign”. I am using the “Dance” version in Red/Yellow (it also comes in Blue/Orange and Pink/Blue) as well as other sayings in these colors such as “Drink”, “Eat”, “Games” and “Live Music”. For anyone that has a club and wants a little vintage feel then this sign would add a little extra something to the decor.

Life I love you, all is groovy.
Paul Simon