The Black Crowes, ♫A Conspiracy♫ 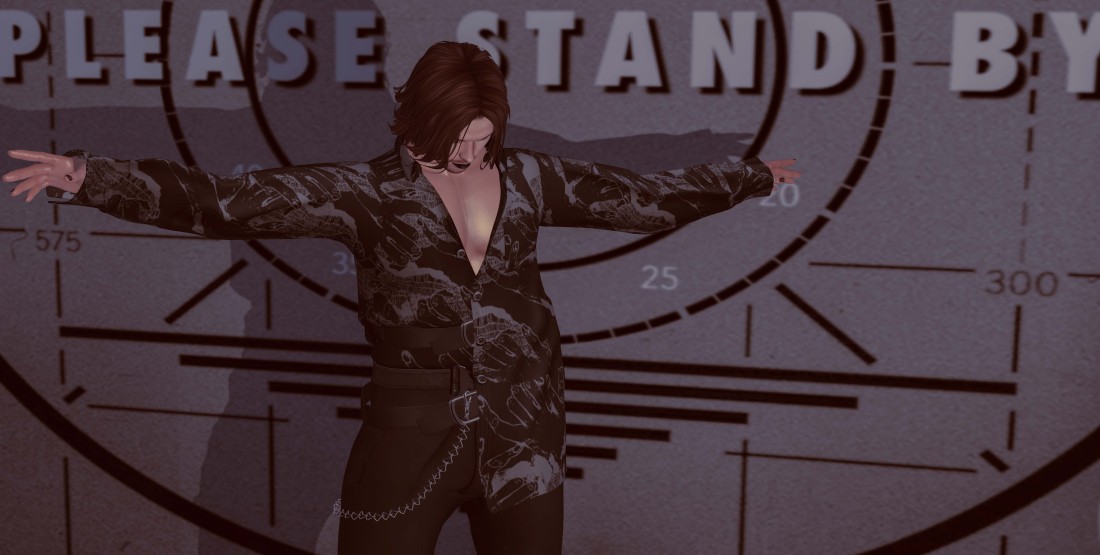 Sometimes starting blogs this late in the day could turn out interesting. I say that because the later in the day it gets the less razor sharp my mind is and I’ve determined that a lot of my blog writings tend to be rambles and I apologize for that. I’ve also been thinking about the way in which I’m writing as well and weighing the pros and cons of how to address certain things.

At times when I am writing I feel like I have an audience but using the word “you” bugs me for some reason. It runs along the same lines as using the world sponsor and yes the brands that I blog for are essentially sponsoring me by allowing me to feature their products in my blog but it just seems impersonal to me. Why I seem to dislike using “you” as a form of acknowledging readers is something I should take a more in depth look at.

I believe that I can get better at doing these write-ups without making them sound as if they drone on over and over potentially losing the audience I am trying to connect with. Bare with me while I continue to work all of this out and I appreciate everyone’s support in not only helping me become better as a photographer but also a writer. I will resume using the term “you” again to see how it goes and if I decide it is not working for me then I will continue on with the way I have addressed people before using the third person method.

Last night during a brainstorming session, I was thinking of the music of artists that I have not used before or sparingly used as soundtracks when it dawned upon me that I have given very little attention to The Black Crowes. Their music holds good memories for me as I recall spending time with my real life brother listening to them and it was always a good time no matter what music we listened to, however, it gave me a greater appreciation of different types of music.

Their brand of southern rock was something that as a younger man may or may not have played air guitar to (that was a big thing back then so laugh if you must!) I remember even getting the cd that this song is on and the pressing of it I have is one which the cover had been modified as the original one was taken from a cover of Hustler magazine (for those of you and I doubt there are many are uninitiated is a dirtier version of playboy). Of course I did not realize this until a long time after but it didn’t make any difference to me.

The music is what mattered the most.

My look for this blog is comprised of what I feel best resembles The Black Crowes frontman, Chris Robinson’s appearance in the video for “A Conspiracy”. Call it a combination of The Crow meets The Serpent and The Rainbow, gothic in nature so I put on some guyliner, black lipstick and painted my nails to create a look that is close enough.

X.T.C PoSes’s “I Don’t F@#k Wit You” is the pose set featured in today’s post; the attitude these poses bring is the precise mood I want to display. Coming up with the idea to use the nostalgic television “Standby” as my backdrop for added effect is a nice touch as well. Five poses make up this set and I used two different ones between the photos I have taken.

There have been many good single male poses for the Pose Fair but truthfully this particular one has been the most fun to photograph. I have become more of a fan of X.T.C PoSes as time has gone on and look forward to having an opportunity to feature them again in the near future; I would also like to mention that there is also another single male pose pack exclusively at the event as well.

Check it out because I’m sure you’ll be glad you did!

As a blogger I get to discover new stores all the time but it is also nice when I find something I like from one that I have not worn in a long time. For example I cannot remember the last time I wore something from Breath. It is a store that I would consider myself a fan of because they cater more to a dark style of clothing (staying within the monotone range).

The thing to do now before events open (if access to the outer area of an event is possible) is to use your camera to look inside to browse items that have already been put up for sale; it’s a great way to beat some of the rush and also full regions (such a pain!) Breath’s latest outfit caught my eye because of the pocket chain that attaches to the pants as well as the abstract design on the style I am wearing. I knew I needed to have it and at the time I did not know what type of photo I would take wearing it but the timing worked out great.

The long hair I have on is “Aaron” by Vango. When I tend to have my hair longer like that for photos or just every day wandering this is my first go to unless I choose to wear something with a hat for outdoors (winter) photos. It’s one of my favorite styles that I know won’t let me down whenever I use it. Also the guyliner I mentioned at the beginning of the blog is a part of the “Ian” skin HUD by Session Skins and the lipstick/fingernails a part of the CATWA and Signature Gianni body HUDs respectively.

On that note I am at a spot in the blog I feel comfortable ending on. I have a few more days with items from Pose Fair that ideas keep running through my head so I’m going to take advantage of it the best I can (which means possibly doing a female single post as well for a change). Once the big Pose Fair finishes the February pop-up Valentine’s Edition starts the second week which before I likely would not have been excited about but I admit that I am looking forward to it…what a difference a year makes.

Warm regards (especially to those of you in the path of the winter vortex),