“Your mind tricked you to feel the pain
Of someone close to you leaving the game…of life
So here it is, another chance
Wide awake you face the day…“ 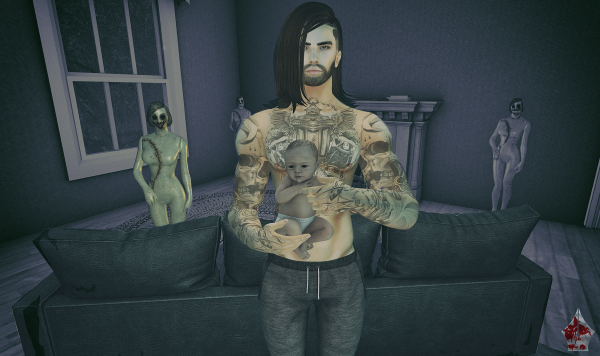 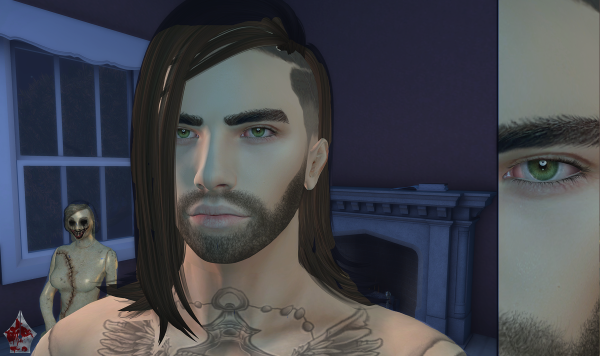 Tableau Vivant has returned with a new skin that is available at their flagship store. “Fabian” is just one of three new releases that were made to work with the CATWA “Daniel” head. There are a variety of tones to choose from ranging from very pale to dark. Whatever your preference is, there’s a tone for you. Originally the store only had body appliers for SLink Physique but I’ve discovered that they also have them now for the [SIGNATURE] Gianni body, which I was pleased to see as that is primarily my favorite to use right now.

After another trip to Men Only Monthly, I find myself wearing new ink. Tattoos are something that I don’t seem to do very much of but that doesn’t mean I don’t like them or want to use them. They just very rarely are a part of my vision for the photos I take. ISUKA has been one of my favorite tattoo creators as of late and when I saw the “VX” I knew that I needed to incorporate it into something. The detail is phenomenal and you have a choice of Fresh, Normal, and Faded styles. It also comes with appliers for both Omega for all compatible body types and for [SIGNATURE] Gianni.

As a side note, returning in this post from Men Only Monthly are the “Ardor Eyes” from Avi-Glam. I chose to go with the Green tone because I liked the way that it looked with the lighting that I used in my setup.

While it isn’t a new release, the “Jax” hair from BURLEY is one of the more recent for them. There are a variety of colors and tones you can choose from but this time I just bought their version of a variety pack. The cool feature of this hair is it comes with a HUD that you can wear it as a full hair or you can remove one of the sides for a partial shaved look.

For the only article of clothing I have on, I am wearing the N-Uno “Steve” pants. These were available in a previous round of Men Only Monthly but can be purchased now at their store. The pants come in sizes for Standard Fitmesh, SLink Physique, and TMP bodies. I would liken them to jogging/lounge pants and they have a stripe down the side that you are unable to see from the angle that I shot at.

Identity Body Shop created and released a new set of Hairbases and Beards at The Men’s Dept for Jaunuary. The latter you can see here in the form of the “Fresh” beard; it comes in 6 different tones.

Last but not least is the item that kind of pulled my idea together. [Black Bantam] created a infant baby gatcha machine for The Epiphany event. These little ones have a hold pose and a menu when clicked upon to interact with them. The RARE consists of one of the infants inside of a basket. There are 6 different tones to win with both common and RARE allowing for 12 different prize possibilities.

You can find these items and more by taking a look at the style credits below along with a taxi to them. That’s all I’ve got for you this time but I’ll see you all again soon but until then, stay stylish fellas!